Earlier today I had a discussion with Mom-spirational. I read her most recent blog and asked her if it would be okay that I post on my blog as a guest post. I was moved by her honesty and her insight into herself to admit her faults, and her decision to make them right.

I think we have all judged someone without all of the facts at least once in our lives.

Please go check out her blog and get to know her better.

I hope that most of you will read beyond the title, before berating me for what I realize now was discrimination against a special needs child.
This is a story about awakening, about being re-acquainted with my value for each and every human – regardless (and sometimes despite) their behavior.  But mostly, this is a tale of understanding.  About never forgetting.

As humans – we tend to find fault or anger or make false judgment against things we don’t understand. That doesn’t make it right, or valuable.  We cannot just go around saying, “Well, I didn’t know all that,” and then find comfort in our belief systems that anyone who is different is not ‘right.’  And we certainly cannot expect to know each and every childs (persons) story – or think we have a right to knowing their story, before we can excuse or accept them for who they are.
I make no excuses for myself, except for sheer ignorance.  I tend to believe that I am an extremely understanding individual, and have tried to teach my kids that there are all sorts of people in this world and that we have to try to accept them all.

When it comes to the human beings that land on this planet, I do not believe there are any mistakes.  They are ALL here, WE are all HERE for a reason.  There is not ONE singular exception to this rule….

I am bit embarrassed to admit however, that I too – have unknowingly discriminated against a special needs child.  Not outwardly of course, but inwardly – within the confines of my mind and in conversations with my young daughter.

There is a particular child in my daughters kindergarten class who seems to be constantly out of sync.  On the multiple times that I have visited the classroom, all I notice is his bizarre and impulsive behavior and his lack of self-control.  My daughter comes home every day and tells me yet another story about this ‘little boy in her class’ who has once again, done ‘such and such.’
I always tell her shaking my head with disgust, “Well just stay away from him,” or “Maybe there is something wrong with him.”

I have told her that there are just some kids in this world that aren’t disciplined, and that have problems and that some kids just act badly at school.  Bad.  Badly.  (Words that I am ashamed to admit I used about a 6-year-old boy).  Rotten bananas are bad, not kids.
And yes, I will shamefully admit that I have felt sorry for his parents, have wondered what was wrong with his mother and father – and been curious about what atrocious things must be going in his home for him to act so strangely at school.  And, YES, I will further admit that I have felt resentment that this one child has taken up so much time in the conventional classroom, time away from the kids who did fit into the perfect mold of kindergarten academia.

Here’s the thing.  I didn’t know one thing about this boy.  Not one.  Just his name.  And yet I saw him as a ‘threat’ a ‘detriment’ and a person that “normal” kids should not have to deal with on a daily basis.  Yes, I did just write that sentence.  And yes, I feel like a complete and total asshole for admitting that here on a public blog.

One of my all time favorite Facebook Pages/Blog is The Crumb Diaries.  I look forward to her posts everyday about her son Logan, who is a special needs teen.  I know all about indigo children (as I have one of my own), and I have fallen in love with Logan and his mother (they have no idea who I am) by reading her daily posts about life with Logan.  I have grown to see him as not special needs, but simply special.

When I was young I wanted to be a writer AND a special needs teacher?
I have always been able to pick out the kids in this world with a broken wing and extend my hand and my heart openly to give them wings.  So what the hell was wrong with me?  When did I become such a bitch?

In a short conversation with someone who knew this child well and knew HIS story  I was swallowed whole with guilt and remorse for my feelings toward a child.  A child!   A fewllow human being.  I was guilty for words that I used to describe him without knowing HIS story.  Here I am writing a blog segment called Stories of Us on this blog, and yet I was forgetting that even children have stories that don’t necessarily read like an open book.  They are thrown into this world of standards and rules and when they don’t seem to fit into the puzzle – they are discarded or judged.

Had I really stepped so far off my moral and spiritual road to think that my thoughts were EVER okay?  Apparently, I had.  And apparently the Universe was going to remind me that although my kids may ‘look and act perfect’ on the outside – human perfection and love comes in all different wrappers.

Here’s what I didn’t know.  (Not that it should matter)
But, this boy was found in a dog crate at the age of 18 months while living with his drug addicted mothers home.  He had never had anything to eat at that point in his life – except a bottle.  He spoke not a word.  There’s more to the story that I wont share now, but you can rest assured that he is now in a loving and healthy home.

Here he was 4 1/2 years later, a handsome and healthy young boy with some developmental delays and some emotional problems.  I skimmed the playground to find him and saw him hugging a classmate.  When he accidentally got bark in another child’s face, he ran to the teacher to immediately confess and get a hug.  In fact, he hugged his teacher many times during that short 30 minutes.
There wasnt a ‘mean’ or ‘bad’ bone in this childs body and his heart, when I was really looking at HIM, not his differences – was as honest and pure as crystal.  C.R.Y.S.T.A.L!  And perhaps that is exactly what made him different.

As we walked back to class, me still reeling from my own guilt and horror – I stood back to walk with him as he seemed distracted following the line of students headed back to the building.  He accepted me as a friend without apprehension or shyness.  I looked into his eyes and wondered if he was ever held as a baby,  ever rocked to sleep.  There aren’t words to describe the despair I felt for him.  I grabbed his hand, and he told me – a perfect stranger – that he loved me.  And I think that he meant it.

I think that he really meant it, as tingles shuttered through my body as if I had just touched an angel. I knew I didn’t deserve to be loved in that moment, especially by him – a perfectly beautiful child, who I had written off as a ‘bad egg’ so to speak.

Our teachers come in all shapes and forms.  This day, my teacher, my messenger from the Universe was a small boy with warm hands and a big heart that I may have missed out on seeing due to my own close-mindedness.

I have never once considered myself close minded until this moment in my life.
The truth is, I shouldn’t have had to learn his story to be accepting.  That is our responsibility from the get go, to accept others.

No one has a responsibility to share with us the reasons, or diagnoses, or unexplained history, or medical definitions of why anyone is the way they are.  We (I) cannot walk around this world with a box to compartmentalize people by shape, size, or color as if we are all Legos.

Sure, we are all one small part of a bigger plan – a larger picture, a massive and tall Lego tower, where each of us has a place to belong – but none of us have any right to make decisions about where that place is.  Not ever.

In the end, it was me with the special need – not this little boy.  And I am grateful, that he was there to teach me, to put me back on the path of real human acceptance and love. 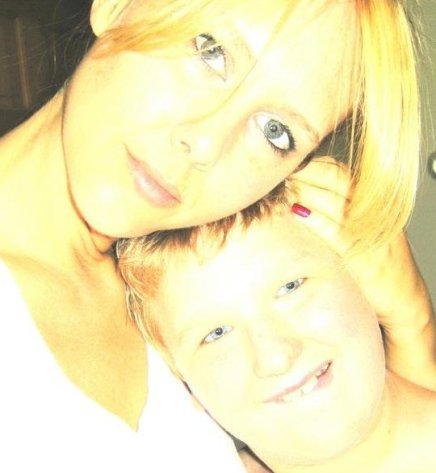 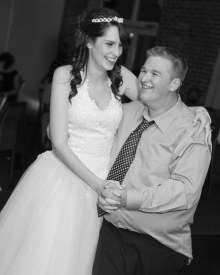